Scott Morrison says there is no evidence LGBT students have been expelled from religious schools on the basis of their sexuality.

Amid renewed debate over the government’s religious discrimination bill, a signature policy the coalition took to the last election but failed to implement, the prime minister did not commit to an exact timeline for amendments to the Sex Discrimination Act.

Mr Morrison said the sex discrimination amendments preventing LGBT students being expelled on the basis of their sexuality would be addressed sequentially, after the religious bill was dealt with, but did not say how soon after.

Five government MPs crossed the floor on the matter when the bill was debated earlier this year to protect LGBT students.

However, the prime minister said he had not seen reports of LGBT students being expelled.

‘We’ve been having this conversation for about the last four years, and on each occasion, it has been presented that apparently students are being expelled … there is no evidence of that at all, there’s none,’ he told reporters in Melbourne on Sunday.

‘The point is it doesn’t happen … religious schools themselves don’t wish to do that.’ 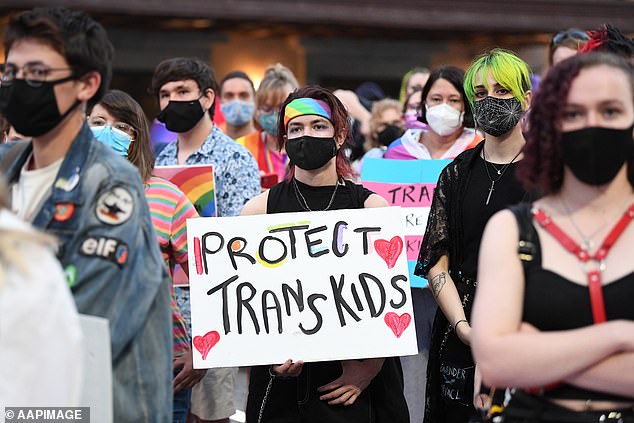 However, he said, religious people were being discriminated against every day.

The prime minister said he had been disappointed ‘politics were played’ with the bill, despite his own MPs crossing the floor on the issue.

Mr Morrison earlier said the religious discrimination laws would be a priority for a re-elected coalition.

However, frontbencher Sussan Ley refused to comment on how the government would handle the bill.

‘I’m not focused on what happens after the election,’ she said. 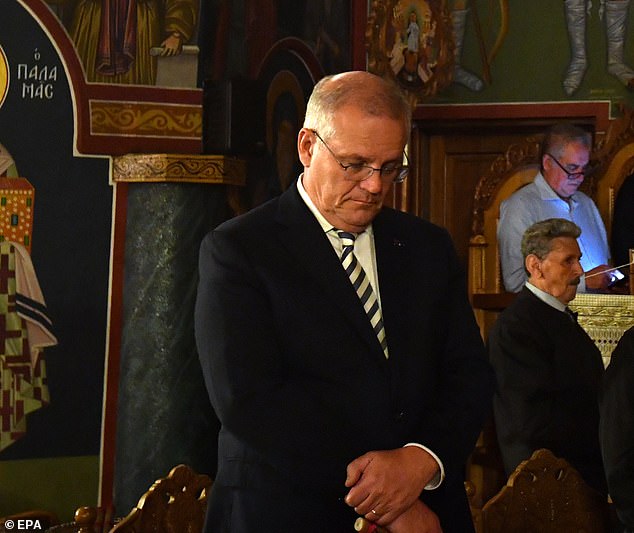 ‘Right now, we’re not painting a picture of what we might do in government after the election.’

Mr Morrison denied the government was hiding its agenda from voters ahead of the May 21 poll.

‘Over the course of this election, we’ve been setting our policies each and every day,’ he said.

The prime minister said the government’s stance on the religious discrimination laws remained the same, despite it not being legislated in the last parliamentary term.

Mr Morrison will spend the rest of Sunday at a campaign rally in Melbourne alongside other Victorian MPs including Treasurer Josh Frydenberg.

The treasurer is under threat of losing his blue-ribbon seat of Kooyong to independent Monique Ryan.