After hundreds of episodes, countless burgers of the day, and an unending amount of Belcher hijinks, Bob’s Burgers is finally making the leap to the big screen with The Bob’s Burgers Movie.

You don’t need to watch the show to enjoy the movie: It can stand on its own. However, if you want to start watching this charming animated series and don’t know where to start, or if you’re a fan who wants a refresher on the show’s key characters, you’ve come to the right place. We’ve put together a guide of eight essential Bob’s Burgers episodes to stream before seeing The Bob’s Burgers Movies — plus a few extra goodies if you’ve got the time.

Two of the suggested episodes are general all-timers, while the other six are specifically tailored to each of the show’s main characters: Bob (voiced by H. Jon Benjamin), Linda (voiced by John Roberts), Tina (voiced by Dan Mintz), Gene (voiced by Eugene Mirman), Louise (voiced by Kristen Schaal), and Teddy (voiced by Larry Murphy). Bob’s Burgers has so many amazing episodes that it’s impossible to fit them all on this list — apologies to “The Equestranauts” and “The Hauntening” — but all the episodes below are absolute gems that will prepare you for the movie. So grab a burger, put on your pink bunny ears, and get ready to party with the Belchers.

Why it’s great: The two-part finale of Bob’s Burgers Season 4 is a must-watch, both because of its overall excellence and because it will set you up for the spinoff film. Much of The Bob’s Burgers Movie revolves around the nearby theme park, Wonder Wharf. These two episodes focus on the wharf and what it means to the town. Landlord Calvin Fischoeder’s (voiced by Kevin Kline) brother Felix (voiced by Zach Galifianakis) tries to persuade him to sell the wharf so he can put up condos.

Bob, tempted by the promise of a burger restaurant on the beach, decides to help Felix out. The plan goes off the rails and brings the Belchers into mortal danger, resulting in a thrilling conclusion with deliciously high stakes. On top of all that, these episodes give us a double-whammy of killer songs with “Nice Things are Nice” and “Bad Things are Bad.” If you only have time to watch one or two Bob’s Burgers before running to theaters, make it these. 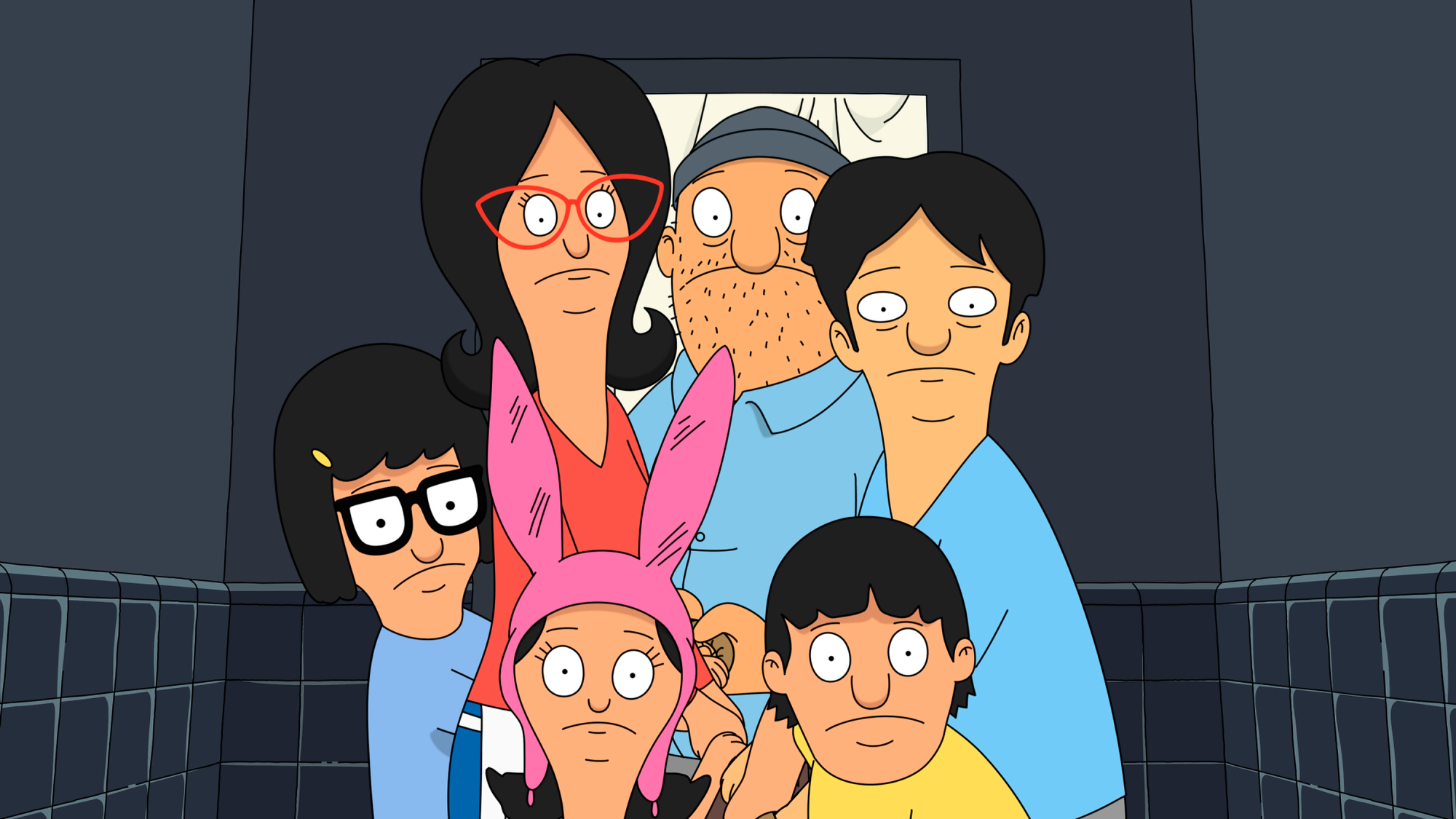 Why it’s great: Bob’s Burgers‘s 100th episode is also one of its best. When Bob has a chance to be interviewed for Coasters magazine, a Louise prank gone wrong winds up with him glued to the restaurant’s toilet seat. It’s a scramble to get him unstuck in time for the interview — without diners, friends, and foe Jimmy Pesto finding out. This episode perfectly highlights Bob’s hopes and dreams for the restaurant, as well as his loving (but occasionally exasperated) relationship with his family. As if that weren’t enough, “Glued, Where’s My Bob?” delivers a show-stopping musical number with “Bad Stuff Happens in the Bathroom.” It’s an absolute banger.

If you want more Bob: Watch Season 4, episode 5, “Turkey in A Can.” Thanksgiving episodes are always prime Bob episodes, but this one, which is like a Thanksgiving special crossed with a murder mystery, takes the cake — er — takes the turkey? 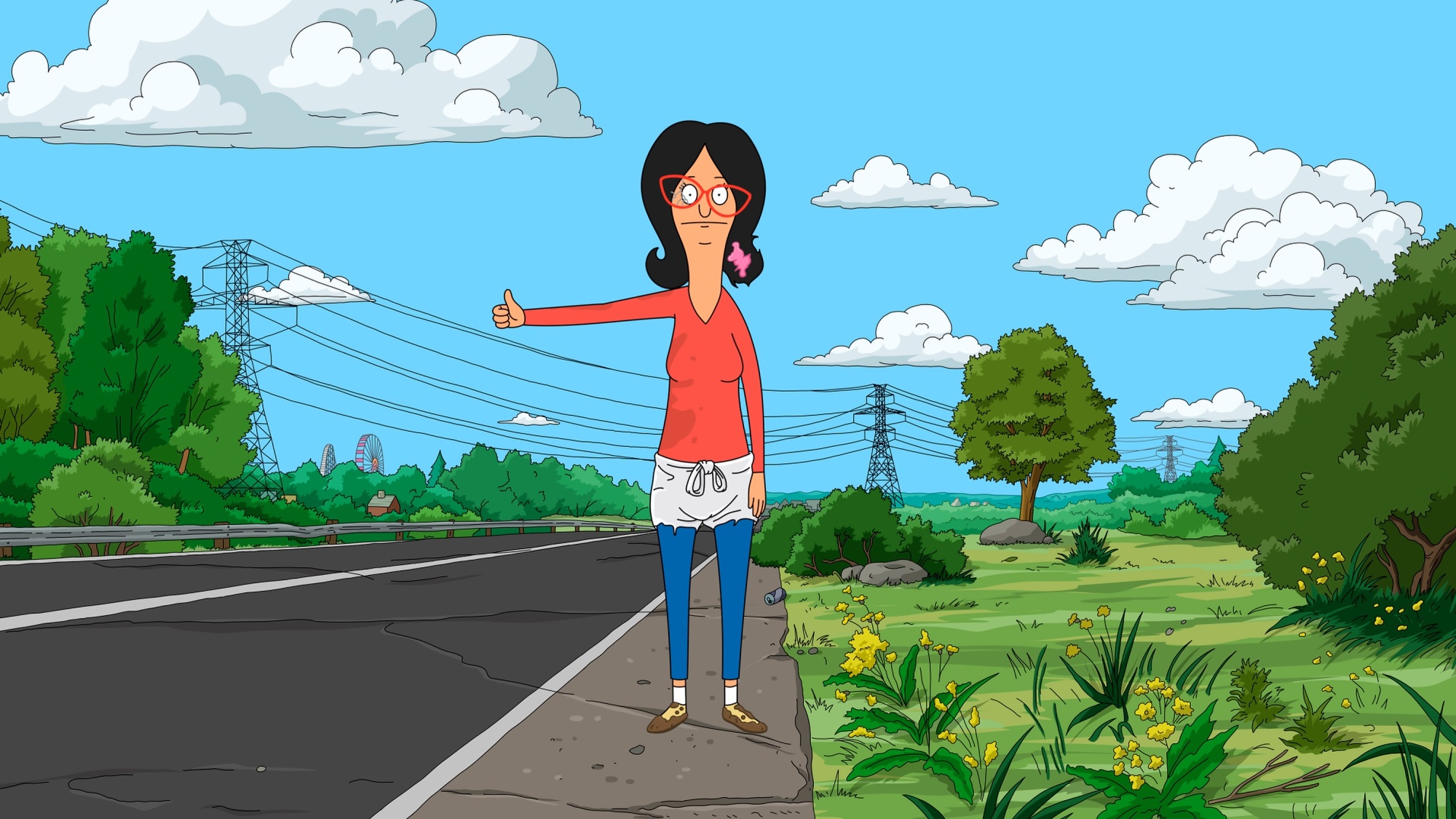 Is this Linda’s worst birthday ever?
Credit: FOX Image Collection via Getty Images

Why it’s great: A trip to the grocery store on Linda’s birthday sends her on a disastrous odyssey where everything that can go wrong — skunks! gum! torn pants! — goes wrong. Meanwhile, the rest of the Belchers run around town to her favorite spots to try to find her. Every second of this episode reminds us of why we love Linda, be it her relentlessly positive approach to life, her love for her family, or her infectious catchphrases. Alright!

If you want more Linda: Watch Season 1, episode 5, “Hamburger Dinner Theater.” This is a great showcase of Linda’s optimism, theatricality, and all-around star power. Let her sing everything! 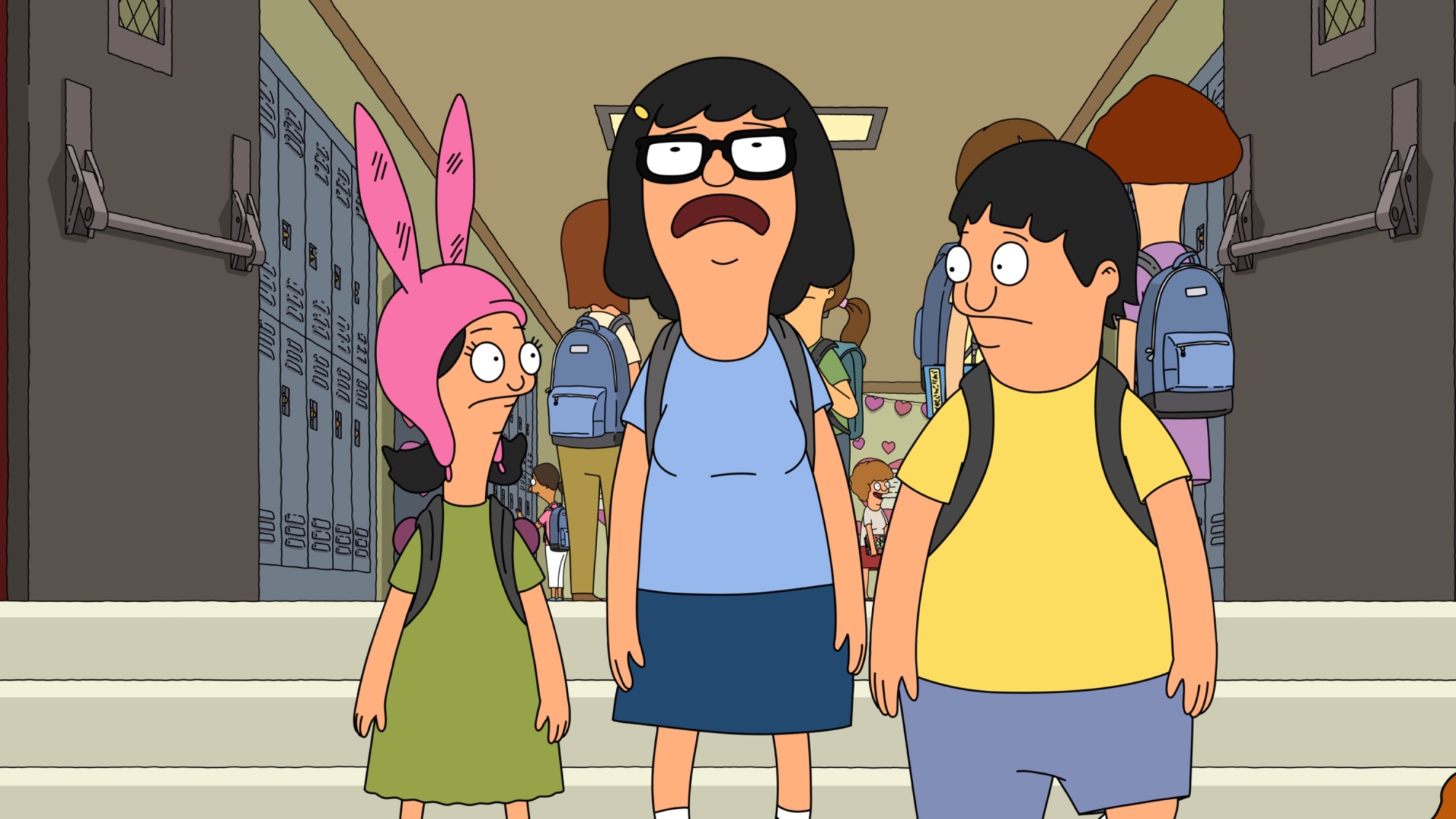 If you want more Tina: Watch Season 6, episode 17, “The Horse Rider-er.” Tina gets to go to horse-riding camp. However, she quickly realizes that her time there pales in comparison to her time with her fantasy horse, Jericho (voiced by Paul Rudd). 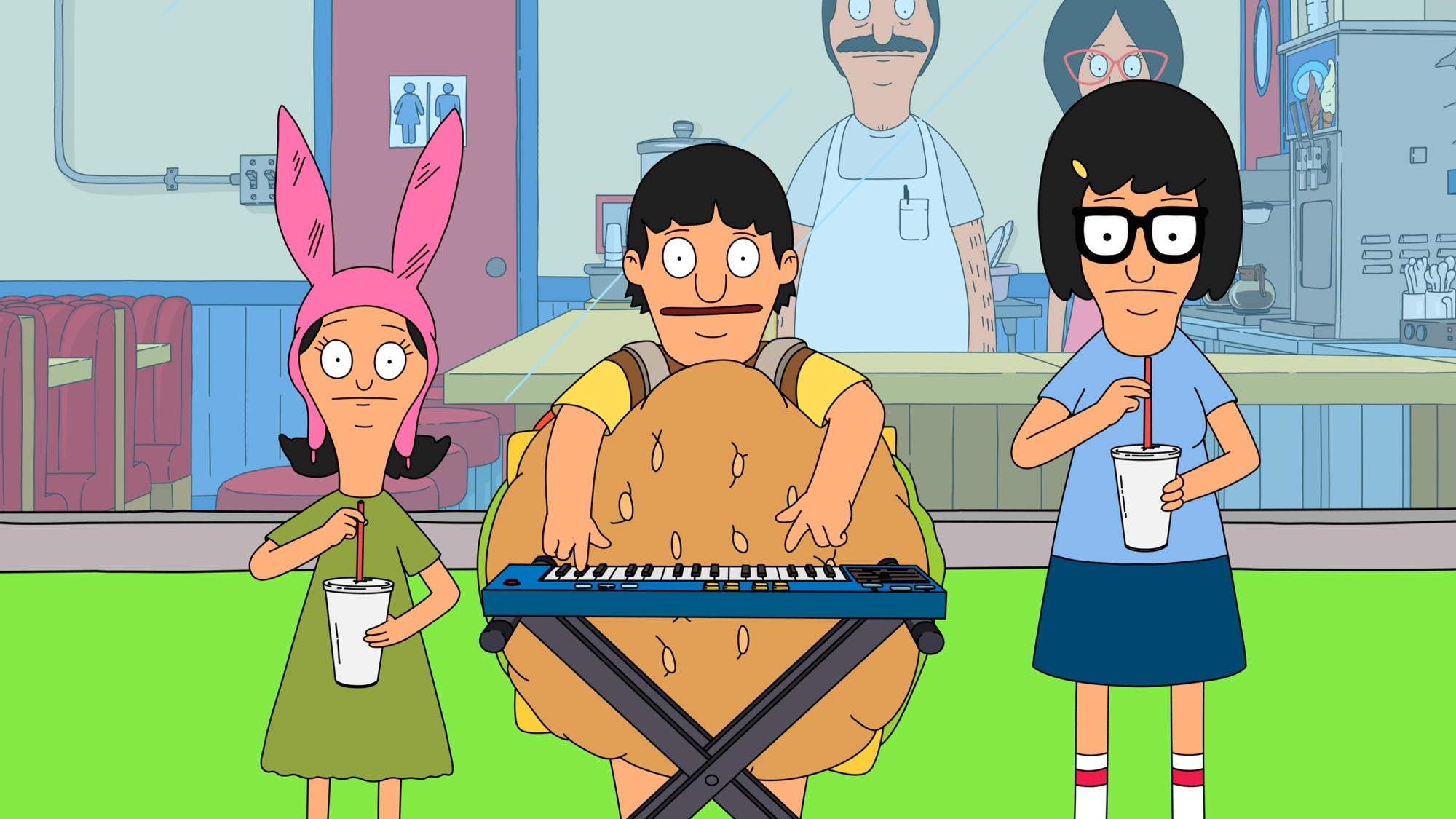 Why it’s great: If there’s one thing Gene Belcher loves above all else, it’s music. He’s constantly fiddling around with tunes on his keyboard, and in “The Itty Bitty Ditty Committee,” he decides to start a band. Like with most great bands, there’s conflict between the members, leading Gene to threaten to quit music entirely. The episode’s resolution is adorably sweet, and Gene’s enduring passion for music remains a cornerstone of Bob’s Burgers — both the show and the movie. 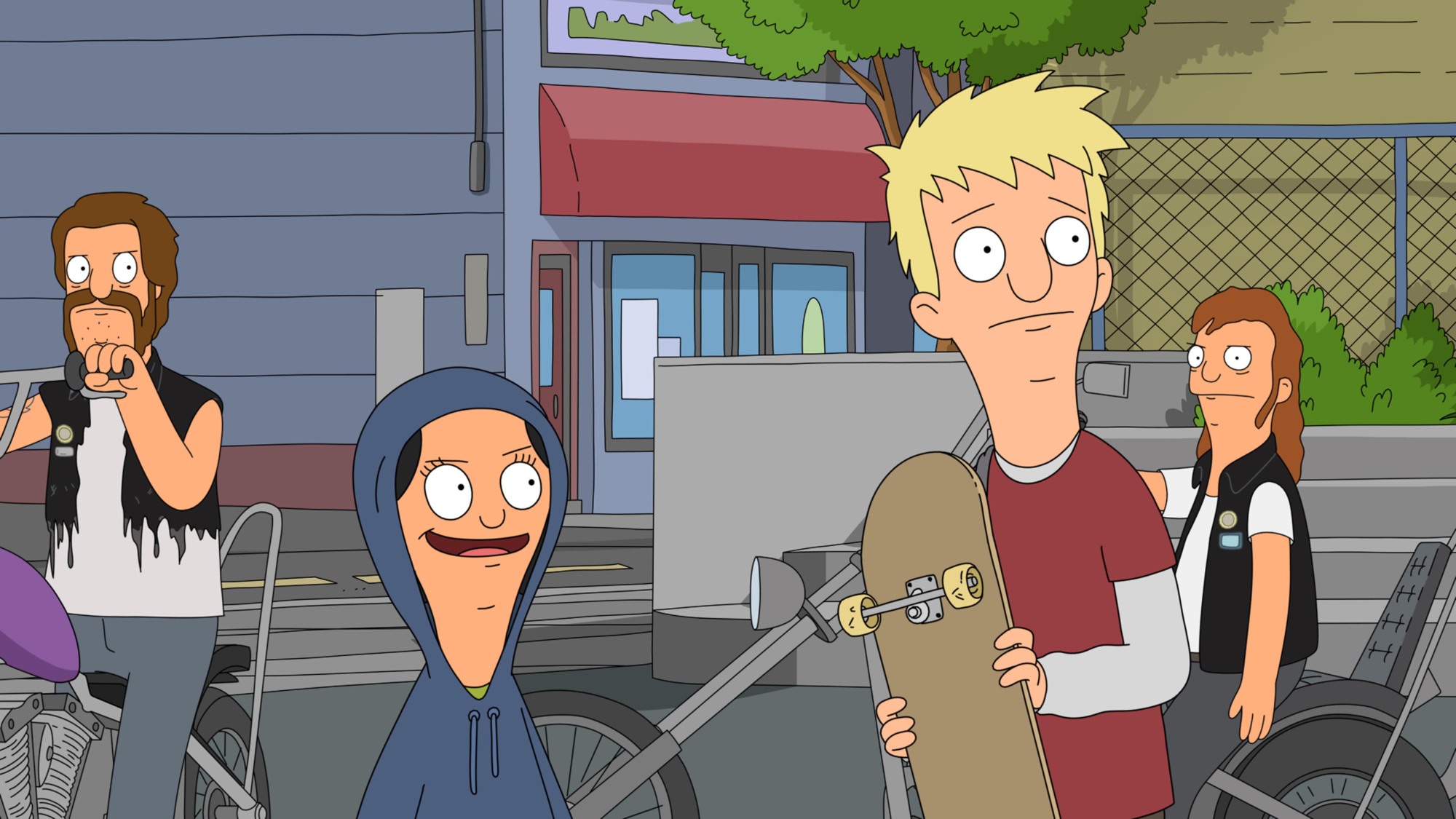 Why it’s great: When I say “Louise Belcher,” what do you think of? Chances are, it’s her iconic pink bunny ears. But what happens when she loses this all-important part of her identity? The pure chaos of “Ear-sy Rider.” Louise’s nemesis Logan (voiced by Kurt Braunohler) steals her bunny ears, leading her down a vengeful path that involves enlisting local biker gang the One Eyed Snakes. This is Louise at her most wrathful, and it’s an absolute delight to watch her scheming play out. Hell hath no fury like a Louise without her ears.

If you want more Louise: Watch Season 7, episode 1, “Flu-ouise.” When Louise comes down with the flu, she dreams that she and her beloved Kuchi Kopi nightlight go on a quest. It’s a literal fever dream of an episode, complete with musical numbers and a heartwarming family conclusion. 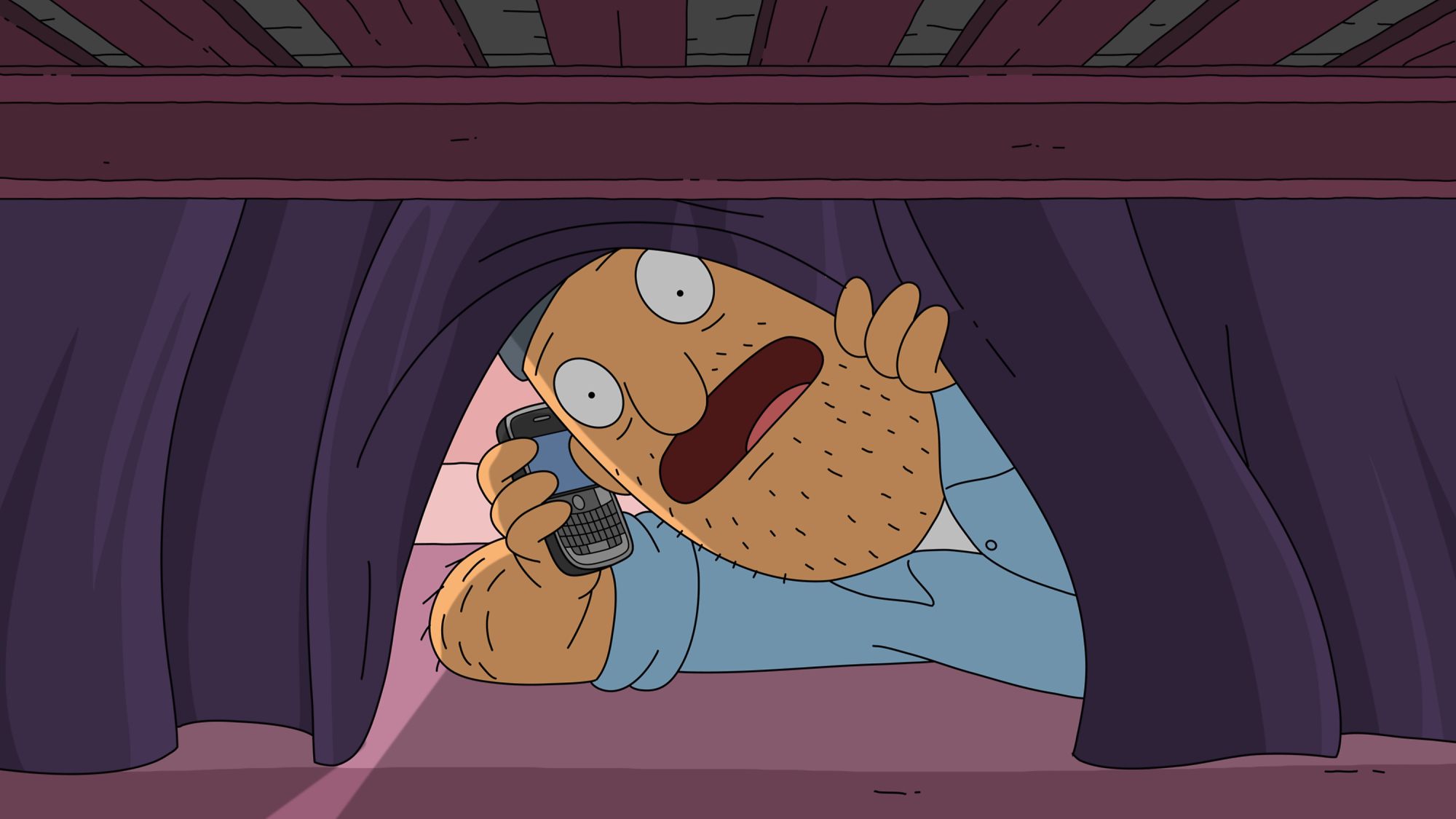 Teddy gets more than he bargained for when he babysits the Belcher kids.
Credit: FOX Image Collection via Getty Images

Why it’s great: Handyman Teddy has a penchant for inserting himself into the Belchers’ lives, even when they don’t necessarily want him there. In “Uncle Teddy,” he gets the chance to prove himself as the Belcher kids’ guardian while Bob and Linda are out of town. He bonds with Gene and Louise over a gross clog in their sink. But he has a harder time with Tina, who keeps trying to sneak out to meet a cute boy. It’s a treat to watch Teddy interact with the kids, so much so that he babysits them again later in Season 7, episode 17, “Zero Larp Thirty.”

If you want more Teddy: Watch Season 5, episode 3, “Friends with Burger-fits.” Bob worries that all the burgers he feeds Teddy will kill him, so the two enroll in a stuntman boot camp to get him fit. This is a great episode to watch to better understand Bob and Teddy’s relationship through its highs and lows.

Not essential, but excellent eps (for comedy and context) 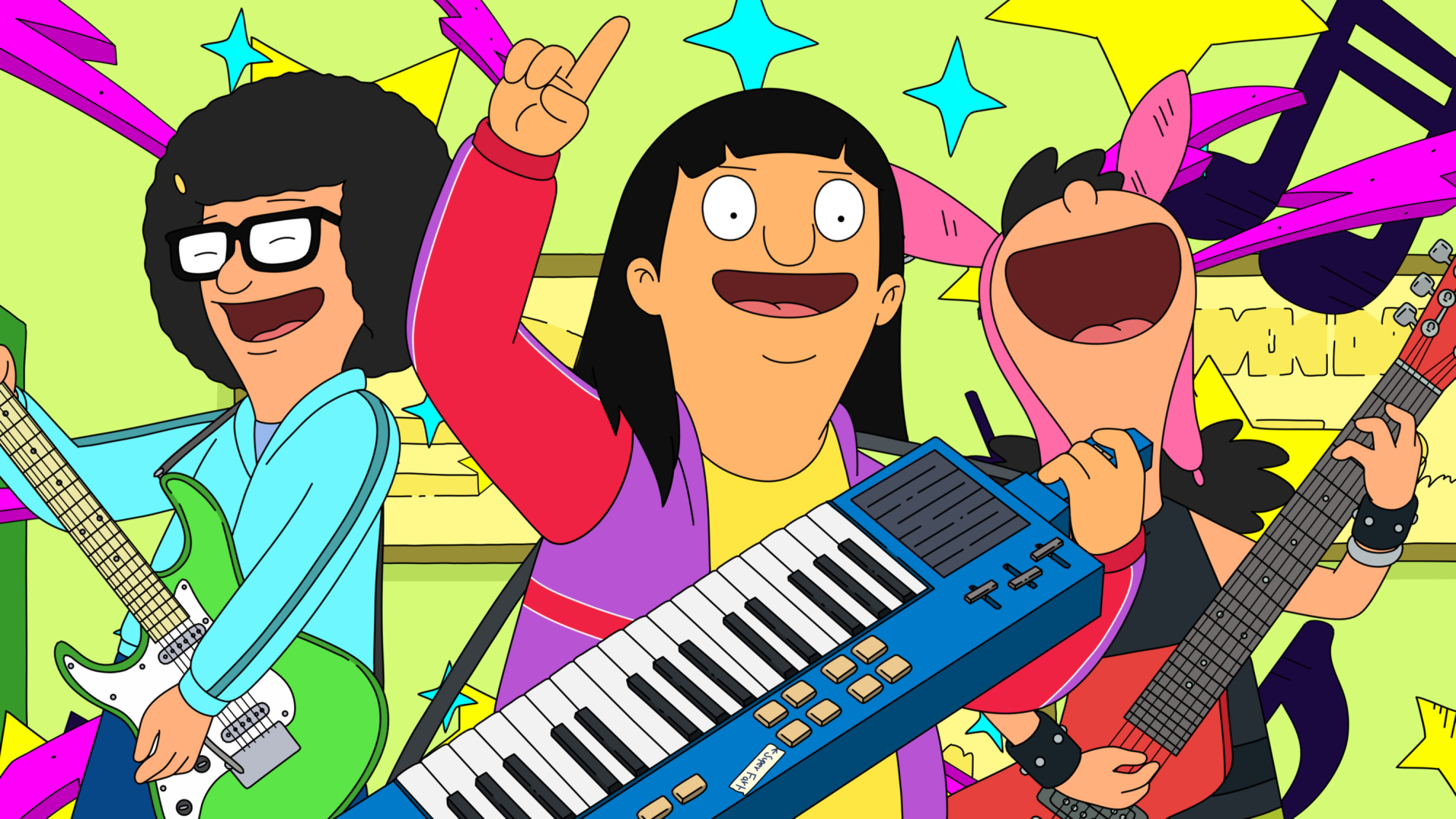 “The Frond Files” (Season 4, episode 12): A Bob’s Burgers movie wouldn’t be complete without a cameo from guidance counselor and enemy of the Belcher children Mr. Frond (voiced by David Herman). In this Frond-centric episode, the kids share elaborate essays about their time at Wagstaff School, all of which paint Frond as the villain. Not only do we get face time with Frond in this episode, but we also get a sense of each Belcher child’s imagination, from dangerous robots to farting rock bands and hot zombies.

“The Oeder Games” (Season 5, episode 21): The Fischoeder brothers play a big role in The Bob’s Burgers Movie, and this water balloon-filled spoof of The Hunger Games establishes their relationship with the town and gives us a tour of their sprawling estate. It also plays with the Tina/Jimmy Jr./Zeke love triangle in a hilarious fashion.