I remember when I told my mother I was now including sex therapy in my clinical practice, and publishing a book about sexuality. That conversation—well, it didn’t go well. I had to explain to my mother that a sex therapist didn’t watch people have sex and didn’t have sex with people, but just helped people to have healthier, happier, more fulfilling sex. My wife was much more supportive, though we’ve noticed how including sexuality into my practice has impacted our own relationship, as I spend more time in trainings, teaching people about sexuality and sexual diversity. It turns out, this may be a very common, and little-discussed phenomenon, where training as a sex therapist results in unanticipated personal and relational impacts.

Survey of Sex Therapist Trainees and Their Partners

Erin Musick is a Canadian psychologist in Lethbridge who recently completed training to become a sex therapist. As part of her final project through the Sexual Health Alliance, where she completed her training, Erin did an informal study of other sex therapist trainees and some of their partners. Though the inquiry wasn’t a scientific one, and isn’t a representative sample, the results were fascinating and may inform future investigations.

Erin had 19 sex therapists complete a survey, and five partners of sex therapists also completed questionnaires. Erin pursued this investigation because she had noticed changes in herself, and in her own relationship, as she delved into the world of sex therapy, and began questioning herself, her current and past relationships, and her own attitudes about sexuality. She wanted to know whether she was alone in feeling these changes.

As one would hope would be the result of advanced professional training, 95 percent of the sex therapists described that they became more confident in communicating with others about sexuality, even beyond their patients and personal relationships. They also found that they were able to talk about sexuality in more confident, open, and effective ways, throughout their lives, with hairdressers, extended family, friends, and Uber drivers. Despite this increased confidence, many sex therapists described to Erin that they struggled a lot with “imposter syndrome,” especially when they were experiencing sexual problems in their own relationships, as they were trying to help clients improve their own relationships. 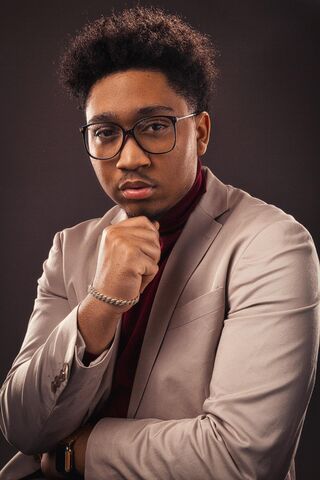 Not All Positive Changes

In some respondents, these changes weren’t all positive, unfortunately: 42 percent of respondents reported that as they became a sex therapist and experienced increased sexual pleasure and desire, it actually magnified pre-existing desire discrepancy within their own relationship, and about 30 percent of sex therapists identified that it led to feelings of jealousy and sexual insecurity in their partner. Several therapists reported that they actually had relationships end as they became sex therapists, and as they became more open and accepting of sexual diversity, which created conflicts and disagreements with their partners’ sexual or religious attitudes:

I was a sex therapy student when my relationship started, and he appeared to be onboard with it until I began networking with a local dungeon. Religion and “perversion” became a big point of contention when discussing taboo sexual topics, which led to criticism toward me as a human and my spiritual path. The relationship ended. I love this career path and would prefer to share it with someone who isn’t judgmental. (Anonymous study participant)

Nearly 60 percent of the sex therapists surveyed by Erin had not anticipated that there could be negative personal impacts from becoming a sex therapist. They didn’t know that sex therapists can be stigmatized and misunderstood by other professionals and by the general public, and that some people are simply offended by the idea of a professional talking to people about sex all day long. Nearly half of the sex therapists indicated that they sometimes feel like a “buzzkill” when they challenge stereotypes, misinformation, and myths about sexuality at cocktail parties or on social media.

Erin described feeling pleased with the findings of this informal inquiry and reported that she gained an even deeper understanding of the impact of learning and growing in a professional and sex-positive educational environment. She also came to find out that she wasn’t alone, in the changes she’d noticed in herself and her relationship, as she became a sex therapist:

I realized that, looking back, there were times I had myself been sex negative or stuck in my own shame. And in this I had inadvertently been shaming with my partner and even my own children! Part of my own personal growth has been acknowledging this, apologizing for it and doing the work to release my own shame around sexuality. 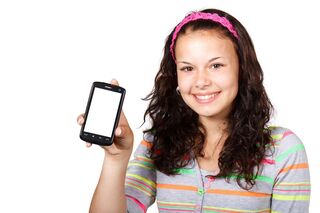 Overall, Erin found that most sex therapists experienced positive impacts on themselves, their own sexuality, and their own relationships. Erin acknowledged that her study is limited by the fact that it was based on a small sample of other sex therapists. “We don’t know what personal reasons led them to pursue training in sex therapy, and whether such training would have similar positive effects on other professionals from different backgrounds.”

Learning to help others to value sexual pleasure can lead to increases in the therapists’ own ability to accept pleasure for themselves. Freeing others from the shackles of sexual shame invariably involves recognizing some of the sexual shame that still lingers within us. Erin encourages other therapists to get training in sex therapy, to better help their patients and themselves:

Once you know and learn all of this, you can’t un-know it! So this journey is a professional one to be sure but one that has deep personal impacts as well. For example, reducing sexual shame allows your personal sexual experiences to be transformed and also allows you to show up as a safe, nonjudgmental professional for your clients.

If you are interested in becoming a sex therapist, start with the American Association of Sex Therapists, Educators, and Counselors (AASECT).